Healing Within: Finding Ways to Heal after the Tragedies in Lebanon

Healing Within: Finding Ways to Heal after the Tragedies in Lebanon

Healing Within: For years, much of the Lebanese diaspora has grappled with struggles surrounding identity, belonging, security, and safety. In order to adapt to your new homeland, you had to give up a part of yourself. Many first-generation immigrants lived their lives hoping they would eventually be able to return home. They tried their best to hold onto and instill the traditions and beliefs of their forefathers to their children, but they also knew that the key to survival was to adapt. Through the years they found that their children were losing their ear for the language, tabbouleh was becoming more burghul than parsley, ketchup was becoming an acceptable accompaniment to kibbe, and worst of all, their dreams for returning home were becoming more and more distant.

The explosion in Lebanon has shattered more than windows and the structures that hold them in place. It has shattered the hearts and dreams of millions all over the globe. Just because you might no longer hold a Lebanese passport, does not mean you are any less Lebanese than those currently residing in Lebanon. Irrespective of whether you consider yourself, Beiruti temporarily working abroad, or a Midwesterner that calls your Nana, Teita, if you are part of the Lebanese diaspora, then you too have every right to feel what you’re feeling about what is happening in Lebanon right now.

Processing and Healing Within

Mourn The Loss – Give Yourself Space to Grieve

Just because you don’t speak Arabic, you left 20 years ago, or you’ve only visited a handful of times does not mean you are not entitled to grieve. Even if your home is intact or you do not personally know anyone who was directly impacted by the explosion, that does not mean you and your family have not experienced suffering and loss directly related to the situation in Lebanon throughout your lifetime.

For some, the explosion triggered past trauma and repressed memories of all they endured during the war. For others, it represented the final cutting of the cord between them and their dreams of ever returning home. There is a collective loss that is being felt by the entire community right now. One that has been years in the making. Everyone is feeling and reacting to this tragedy differently. Give yourself permission to explore and feel your feelings so that you too can begin healing within.

[For more on Grieving and Healing Within, see: Life After Loss]

Embrace the Lebanese Aspect of Your Identity

One of the contributing factors for the Lebanese diaspora’s ability to thrive is their ability to assimilate into whichever culture they found themselves in. There’s a reason why very few know that Ralph Nader, Keannu Reaves, Shakira, Gloria Estefan, Tony Chalhoub, Zoe Saldana, Vince Vaughn, or Shannon Elizabeth are of Lebanese descent. Salma Hayek is more known for her Mexican-American heritage than her Lebanese one even though her name is as typical of a Lebanese name as they get.

It’s the very same reason very few people might know of your own Lebanese heritage. It’s not that you’re not proud of it, it’s a survival instinct picked up by your ancestors. You are Lebanese and however you internalize that is the correct way. There is no hierarchy or right way to embrace the identities you carry. As an online therapist, I have sat with hundreds of Arab-American clients through the years, and invariably our work together tends to include themes surrounding identity, belonging, and fit as they navigate between the old world and the new one they now call home.

Perhaps this is nothing new to you. Perhaps it is. At a time like this many are finding themselves feeling sensitive and even resentful of associates and colleagues who are not even acknowledging their heritage nor inquiring about the impact of the explosion on them. There are also feelings of survivor's guilt that are being felt by many Lebanese residing abroad. They are feeling guilty that they fled their homeland, turned their backs on their loved ones and their culture, and have now not only survived but are also leading better lives than those they left behind.

Many are also feeling helpless being so far away and removed from the situation. If you’re experiencing some of these reactions to others’ attitudes, educate them about what is happening and if it feels safe, communicate your feelings to them. Perhaps even reach out and join a Lebanese initiative in your local community. Many organizations around the country are running fundraising and donation drives. Volunteering could help you connect with your roots, make new friends, and alleviate some of the feelings of helplessness, guilt, and resentment you might be currently feeling.

[Emotional Self Care When Your Life is Falling Apart: How to Process the Darker Emotions of Life]

Lean Into Your Support System

Now is not the time to be brave and strong. Nor is it the time to isolate. Talk to your friends about what you are experiencing. Engage in open and honest dialogues with them. Your true friends will feel honored that you opened up to them and they can be with you during your time of need.

In times of crisis, we need to lean into our community as much as we can. Covid has prevented that for many which could be exacerbating your feelings about what’s happening in Lebanon. Humans are social creatures and the need for touch, community and bonding is real. Don’t shy away from reaching out. Who knows, you could also be helping someone else in the process.

Talk to a therapist or coach if your feelings become unmanageable or you feel no one understands. Events like this can trigger feelings of depression, anxiety, loneliness, PTSD, hopelessness, and fear. Don’t underestimate this traumatic event and the impact it might have created on you. There is no shame in asking for professional help to support so you can process your feelings and begin healing within.

Tania Chikhani, MBA, M.A., is a Relationship Specialist as well as an expert Career and Executive Coach. She is trained in marriage and family therapy, mindfulness, and credentialed in career, executive, life, dating and relationship coaching. She can help you find, create and maintain passionate and fulfilling relationships while thriving in your career.

Why You Keep Dating Jerks

Do you wonder why you keep dating jerks? On today’s episode of the podcast, we’re exploring that pattern, and how to break it.

Navigating a quarter-life crisis? Learn how to reimagine your future, and pivot in the direction of the life you want.

How to Deal with Passive Aggressive People

Want to learn how to deal with passive aggressive people? Tune in for time-honored tips on having direct, authentic relationships with everyone in your life. 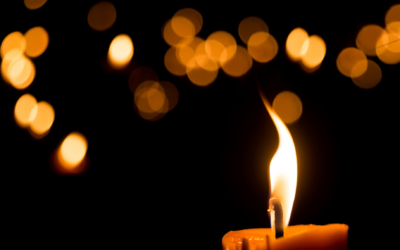 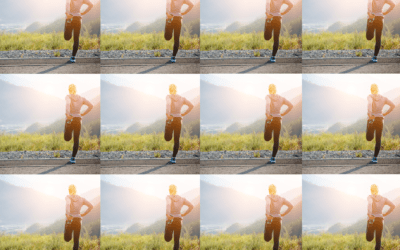 Keystone Habits: The Key To Changing Everything

If you're ready for change, don't waste your time on resolutions. Instead, focus your energy on cultivating the one keystone habit that will transform everything. Learn how, on this episode of the Love, Happiness & Success Podcast.

How to Be a Force of Good in The World

Do you want to help others? It’s easier than you think. On this episode of the podcast, I’m discussing the mindset that will help you be a force for good. 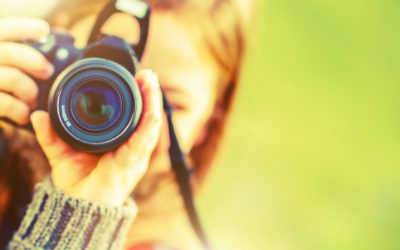 Do What You Love

It’s one thing to find a job and another to find your passion. Today on the Love, Happiness and Success podcast, Dr. Lisa is talking all about how YOU can create a career doing what you love.

Getting Back With An Ex

Considering getting back with an Ex? Thinking of being friends with an Ex? Learn when reconnecting with an Ex works (and when it doesn’t) on this episode of the podcast.

How to Deal with In-Laws

In law problems? You’re not alone. Here’s advice for how to deal with in-laws, from Denver marriage and family therapist Dr. Lisa Marie Bobby. 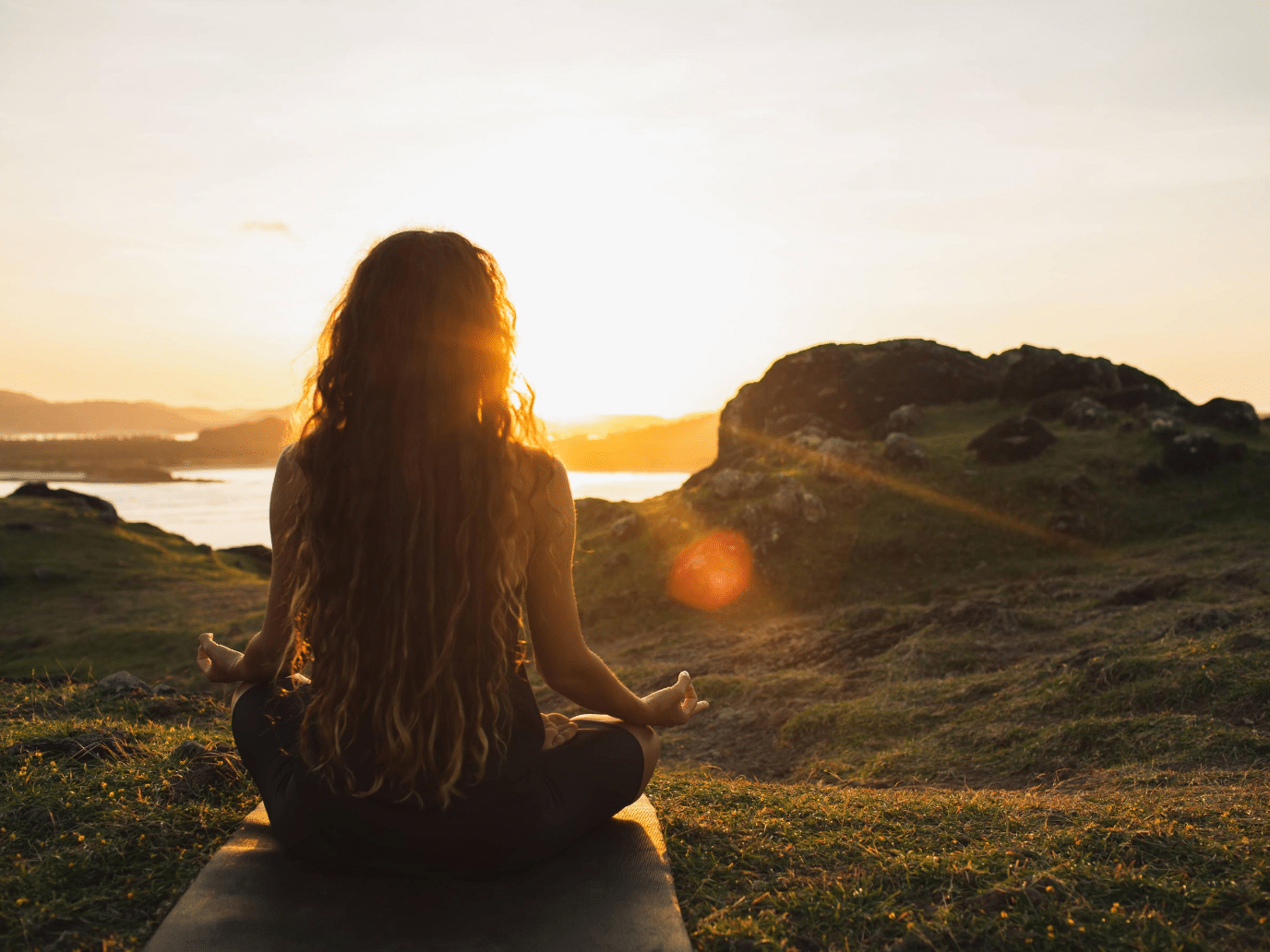