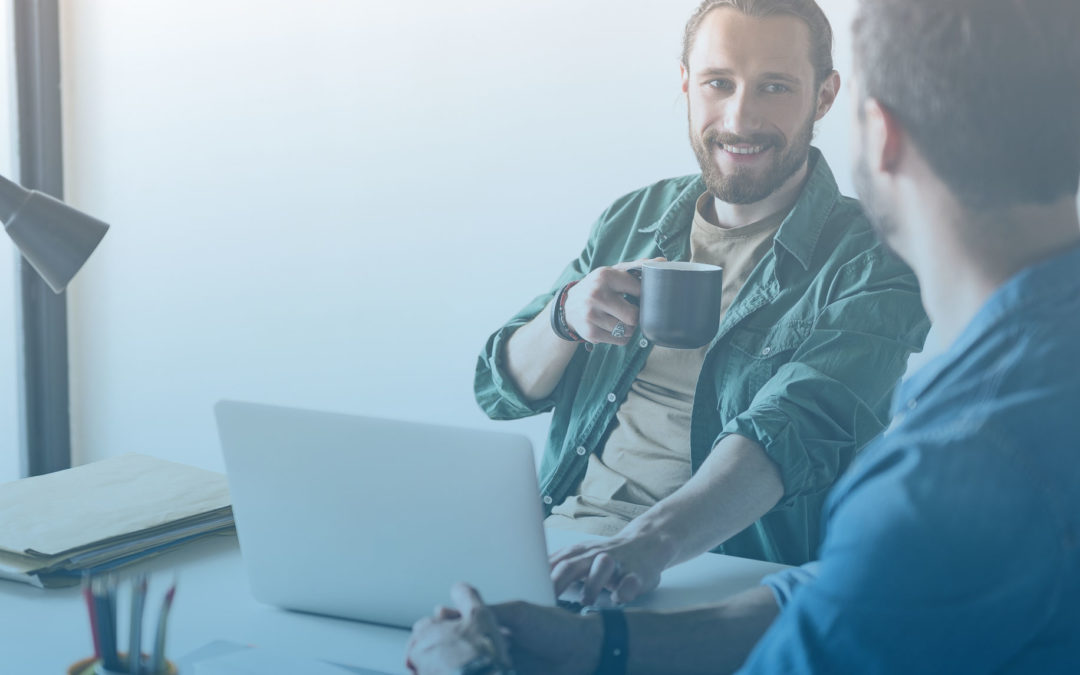 Emotional Intelligence is The Game-Changer

One Leader’s Journey to Emotional Intelligence

How to Develop Emotional Intelligence

Here’s a real-world example of how to develop emotional intelligence.

I once had a leadership coaching client I’ll call Jim, who was in a leadership position at a large, successful tech organization. Showing toughness and determination were obvious strengths for this leader and had played a huge part in his advancing to high levels in the tech industry.

But, after a certain level, what Jim knew how to do — being firm and direct, hardheaded and focused on results — wasn’t working out for him anymore. It was easy to see that this 46-year-old leader had stopped moving forward and was stalled out in their current mid-management job, unhappy, and constantly wondering why the VP position wasn’t offered.

Even though Jim was working as hard as ever and driving his team towards even greater goals, there had been no mention of moving into levels of higher responsibility since joining the company 3 years ago. Jim was genuinely mystified: Couldn’t everyone see his advanced tech skills, his grinding work ethic, his name brand school, and impressive resume?

“Company sales were up, my team likes me, I make sure we do a happy hour every week— so why no promotions?” this executive questioned.  “And it was all but stated in my interviews that with hard work, meeting quotas and building a strong sales team, a promotion to VP was an opportunity that would be there.”

As if the frustration and disappointment that was mounting at work weren’t enough, Jim’s relationships at home with his wife and kids were unhappy. His wife suggested they try couples counseling. (Jim felt this was entirely unnecessary…. at first).

Emotional Intelligence is Often a Blind Spot For Leaders

What was creating so many problems for Jim was that he had zero awareness around how other people were feeling in their interactions with him. This was true for his co-workers, reports, leadership, and his wife and kids too.

Yes, Jim had a lot of impressive tech knowledge, skills, and fun personality (in a back-slapping kind of way) but these positives were overshadowed by his inability to be aware of and manage strong emotions or show empathy to those on the team. He had always viewed his fist pounding, demands, and tendency to talk over peers and customers instead of listening as “his style.”  He did not understand that his way of relating to other people was getting in the way of forming collaborative relationships, goodwill, and cooperation — both at work, and at home.

The organization had also reached its limits with this leader and suggested that emotional intelligence (EI) coaching and leadership coaching would be beneficial.  Not particularly a happy camper during our first meeting, this changed over time and good things started happening!

Before getting involved in Emotional Intelligence coaching, Jim, like many, genuinely believed that his outgoing personality, and drive for success,  paired with a strong set of software development skills and experience should be enough to advance his career. However, Jim was also a smart guy, and he was open to trying something different when he could see for himself that his usual way of doing things wasn’t working out. [For more on this, check out “How to Get Ahead at Work“]

The first step of our emotional intelligence coaching work consisted of  360 emotional intelligence survey assessment called the ESCI, which would help us to understand the impact Jim was having on those around him. As part of my assessment process, I interviewed Jim’s current manager and had his sales team, peers, and several customers all complete an online survey providing invaluable (anonymous) feedback.

In the first meeting to review survey results, a lightbulb went on for this leader.  Though it was tough to hear that the ambition, drive, and force that were self-described strengths could also be viewed as limitations, it was obvious that this leader’s behaviors were getting in the way of a high-level promotion and success at work. It wasn’t the ambition and drive that was negative; it was the expression of those (impatience, yelling, over-focus on output at the expense of people) that was a problem. However, with Jim’s newfound self-awareness he could now understand them as the career-limiting behaviors that they were and change could begin.

Emotional Intelligence Can Be Learned

Through coaching and determined practice, this manager improved key leadership skills. One skill area that was notably low on the assessment (and a total “blind spot”) was mentoring and coaching employees. What a great change on the sales team when they began to see their leader had more interest in how they could each grow at work and made sure they got what they needed to be successful. Jim’s sincere interest in how people were doing (and the ability to listen and understand) went much further towards building moral and positive relationships than his happy hour.

Most importantly, Jim learned that leaders need to manage conflict effectively.  This manager’s emotional intelligence survey results were clear: a better way to handle inevitable work conflicts needed to happen, especially with the sales team and customers. (Interestingly, survey outcomes showed this leader managed conflicts more effectively with peers and with his own manager.) Being more self-aware meant better self-management, which meant no more fist-pounding or loud-voiced demands, which meant far better workplace relationships. Instead, Jim learned to recognize and manage his own feelings, and show (and feel) empathy and consideration for the thoughts, feelings, and ideas of others.

It took a lot of practice to change old habits and stitch together change, but Jim was able to put his core strengths of intelligence, determination, and hard work to great use. He was successful.

The Benefit of Emotional Intelligence Coaching

As is my process in emotional intelligence coaching and leadership coaching, I checked back in with Jim and his company. According to the organization some months later, company-wide positive changes had been experienced because of Jim’s turnaround. Customers were more satisfied (at least in part) as a result of this one leader’s understanding of their impact in the workplace. Key employees were more productive. They’d reduced turnover. Leadership was happy.

Jim was happy too. Because of his long-standing ability to be resilient and manage change, he was able to drive his career to the next level. He got that promotion. But perhaps even more importantly, he’d also strengthened relationships with his wife and family. Jim’s new understanding of the importance of emotions, how to be more sensitive to the feelings of others, ability to listen, and to communicate more respectfully touched every area of his life in a very positive way.

Jim can do it, and you can too! I hope this story inspires you to develop emotional intelligence in yourself. It’s worth it. 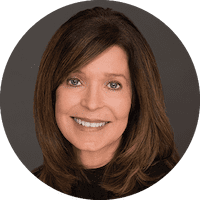 Schedule Your Free Consultation With Linda

More Career Advice From The Blog

END_OF_DOCUMENT_TOKEN_TO_BE_REPLACED 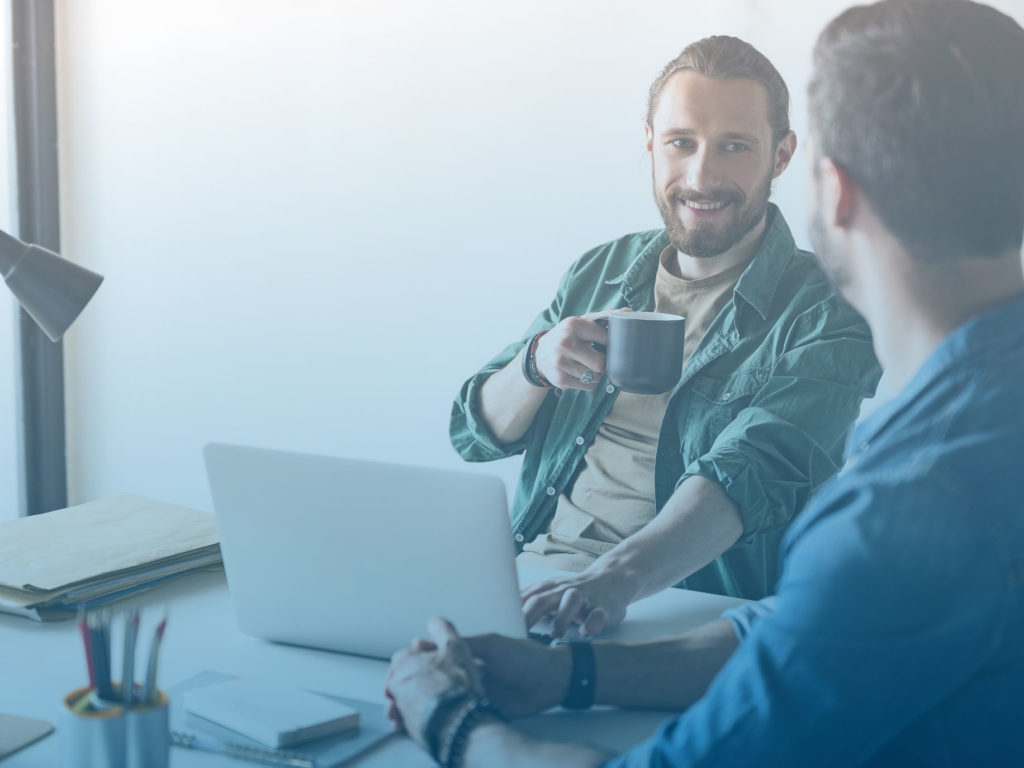