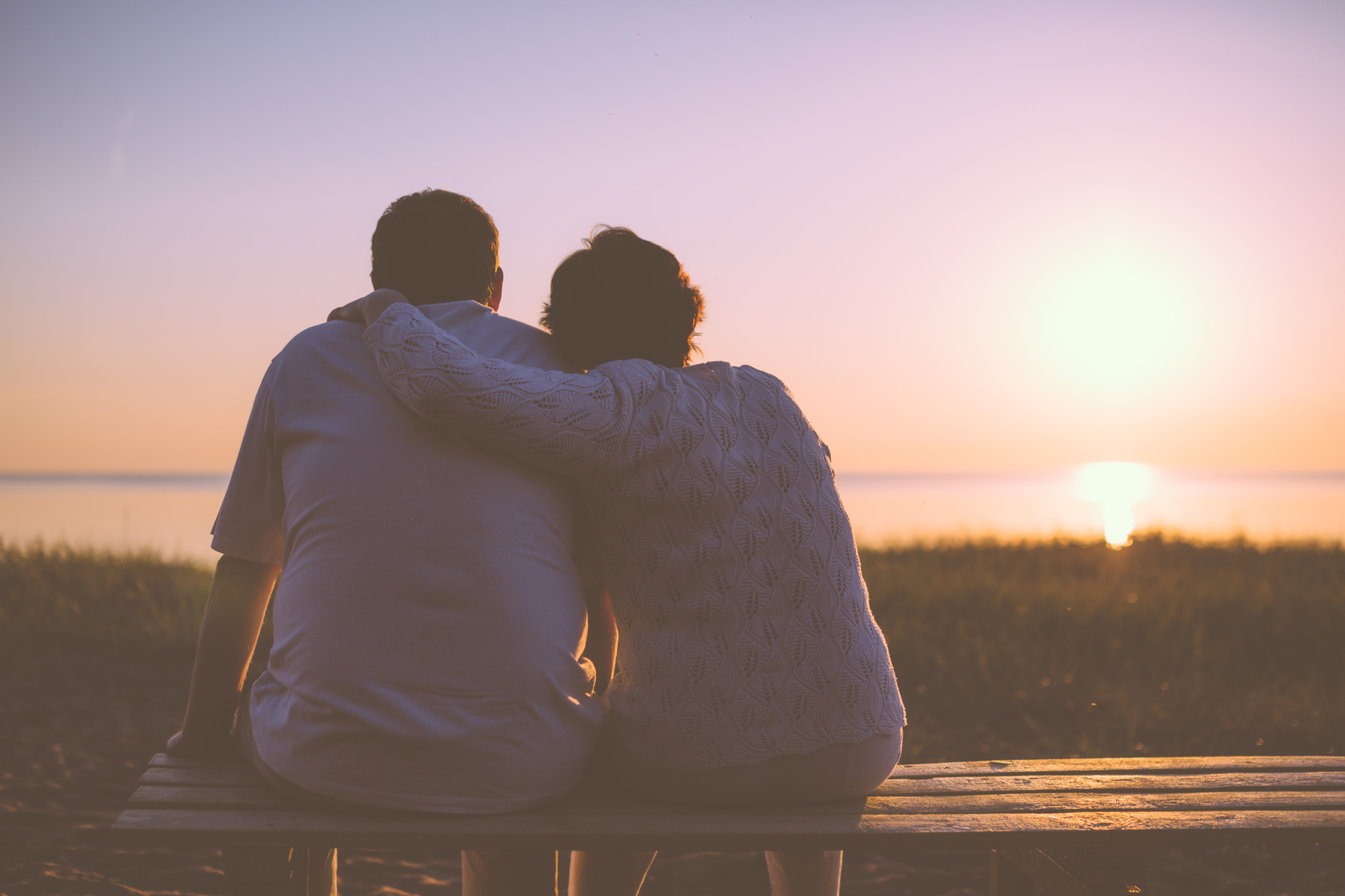 What you believe can drive your behavior. If you’re reading this article, you may be interested to learn that divorce rates are actually down. That’s why it is problematic for me, as a premarital and marriage counselor, to find that people still believe faulty ideas about marriage and divorce because it may inevitably create a resigned attitude towards the probability of a marriage ending in divorce. People love to throw around this tired statistic: 50% of all marriages end in divorce. This may cause many couples to feel like they have a 50/50 chance of their marriage staying intact or that their marriage may be doomed. I’ll say this on behalf of responsible Denver premarital counselors and marriage counselors everywhere — It’s just not true, because divorce rates are down. Let’s discuss why divorce rates may be down by examining these reasons for divorce statistics.

Divorce Is Out of Style

That statement may have been true sometime in the 1980s. But I haven’t worn my jelly-shoes, and glo-paint splattered Wham! sweatshirt (that I was SO pleased with) in a very long time either. We need to move on from this idea that half of all marriages are doomed to fail. Your marriage is not doomed: Divorce is actually much rarer than you may think.

Check out this nifty infographic, showing rates of marriage and divorce in the U.S.:

As you can see, divorce rates have been steadily declining since cynical Gen-Xers like me made their last PJ Harvey / Nirvana / Bjork mix-tape in the early ’90s. What are the reasons for divorce statistics and divorce being on the decline? No one knows exactly, but I have a few ideas.

In most situations, divorce is really hard on kids. Divorcing parents may rationalize their choices, believing that their children benefit from “seeing them be happy” and “actualizing their potential.” But the kids who were left behind living out of suitcases and making themselves macaroni and cheese while their parents took turns touring the Tuscan countryside and having romantic interludes with their new partners in Napa know better. These kids have grown now, and it would not come as a surprise to them to know that research has validated their experience: Divorce is emotionally difficult for kids (except in cases where one parent is divorcing to protect their kids from violence, verbal or emotional abuse, toxically high conflict, or other —  greater — traumas, obviously).

Because of that, many people getting married now are being very careful to do things that will lower the likelihood of future problems. For example, they are doing premarital counseling because they want to — not because they have to. They are also more committed to working through problems in marriage counseling to build a marriage that lasts a lifetime, rather than trading in a fixer-upper marriage for one they hope will be happier.

One thing the statistics are very clear on — second, third, and fourth marriages are less likely to succeed than the first. This is particularly true for blended family, or step-family situations. Knowledge of this fact may make people put more effort into repairing their marriages instead of bailing when things get hard.

Another strong trend is that people are holding off on getting married until they are in their late twenties or early thirties. This is good for marriage. Research clearly supports the fact that people who rush into marriage and get married young have higher divorce rates. Also people with more education and higher socio-economic status are less likely to divorce. Waiting to marry until you’ve had time to get through grad school and start a career (which also allows for the time for individuals to get clear about what they do and don’t want in a relationship) are all factors that lead to long-term marriage success.

Furthermore, for better or for worse, more couples are living together before marrying. While there are pros and cons to this strategy, one thing is certain: People know each other better after living together. When couples cohabitate prior to marriage, they can learn what they’re getting into and work to resolve friction areas before tying the knot.

Divorce Statistics May Show There Is a “New Normal” for Marriage

Back in the day, going to marriage counseling was thought of as shameful — “only for couples with problems.” (And if there was a problem, something must be very wrong.) Nobody talked about relationship problems and because of that, people thought that there was something uniquely terrible about their marriage if they were struggling. So they handled it Don Draper style — instead of dealing with it and resolving problems directly with their partner, they’d go to the bar to drown their sorrows in a drink and possibly an attractive, distracting, sympathetic ear.

We know better now. Now we know that ALL relationships go through rough patches. It’s simply the experience of being in a long-term relationship. There is nothing wrong or “broken” about your marriage if that’s happening. It happens to everyone. Furthermore, these “problems” aren’t even necessarily problems, so much as growth opportunities — a chance to learn how to create a deeper, more intimate, and happier marriage.

Mainstream talk shows, Oprah and Dr. Phil, lifted the curtain on the mystery of counseling and taught millions of Americans about the benefits of getting help for your marriage. Since then, reality TV shows about struggling couples, to podcasts, to self-help books, to websites are everywhere. Now everyone expects that having a good marriage requires effort.

What Happy Couples Do to Ensure Solid Marriages

Many happy, satisfied couples — particularly responsible, committed ones —  come into Denver marriage counseling or relationship coaching at the first whiff of trouble. Better yet, they understand that their relationship doesn’t need to be in trouble before they seek the guidance of counselors! The most successful couples are those who want to know the tools they will need to make their love last a lifetime. It’s never too early to prevent a breakdown in relationships! These strong couples are willing to be supported at any point in their relationship, whether it is before they get engaged, before they get married, or during their marriage. They proactively attend to their marriage by enlisting the support of a professional, the same way they’d see a trainer, financial planner, or landscape architect to help achieve goals in other areas of their life.

Eliminating the stigma around getting help for their relationship, having more knowledge about how to get help, and having more realistic expectations for married life are all factors helping people stay in the ring with each other instead of bailing when things get hard. All of these factors have conspired to drop divorce rates to the all-time low levels they should be. So if you believe that your marriage may only stand a 50% chance of success, think again. Instead of thinking that your marriage may be doomed to fail at the first sign of trouble, know that you can get all the support and tools you need to make your marriage strong, healthy, and last a lifetime. If you’re ready to grow, we’re here to help. Connect with us, and let us know your hopes and goals. We’ll follow up with recommendations, and will help you schedule a first, free consultation.

Knowledge is power: Get all your premarital counseling questions answered, and educate yourself about your many options.

What is Premarital Counseling?

How Long is Premarital Counseling?

Yes, there is such a thing as “non-religious premarital counseling” that is evidence-based, and all about your relationship. Learn more…

Learn about our positive, productive pre marital counselling and how we help engaged couples grow, together

Questions to Ask Before Marriage

What are the premarital counseling topics that are absolutely vital to get sorted out before getting married? Here are the questions to ask before marriage.

Our fun-but-meaningful Lifetime of Love class teaches the six most important relationship skills. Learn about our premarital course.

Couples counseling before marriage is not necessarily the same thing as premarital counseling. Learn more…

Growing together through pre engagement counseling can help you gain clarity, and the confidence to move forward.

Curious to hear what others have to say about their experience with “the best premarital counseling?” Read their stories…

You can help a couple create a happy, healthy marriage by “gifting” premarital counseling sessions. Here’s how…

We’re available by phone, email, and chat, and happy to answer any of your questions about premarital counseling personally. Get in touch, anytime.