Why You Can't Stop Thinking About Your Ex

Thinking about your Ex ALL the time? Here's why, and how to stop.

WHY YOU CAN'T STOP THINKING ABOUT YOUR EX: Is your Ex always on your mind? Do you think about your Ex first thing in the morning, throughout the day, and last thing at night? Does every little thing trigger memories of your Ex?

If you are like many (most? all?) people struggling with the aftermath of a painful breakup — even a breakup that you know was the right thing for both of you — you may find yourself tormented with non-stop thoughts about your Ex.

Have you ever found yourself saying (or thinking) “How do I stop caring about my Ex? Why am I still thinking about my Ex? I don't care! But I do…” Like so many of our breakup counseling clients or divorce recovery clients, you're wanting to fully heal your heart so that you can let go of the past, and move forward into a new future.

Obsessed With Your Ex? It's Not Just You…

As we all know — letting go of a relationship is easier said than done. It's close to impossible to turn off your feelings for someone else, even when you know, logically, that the relationship should be over. It's especially hard when you thought you were getting over your Ex, but then they move on with a new partner, and the feelings flare up all over again. Nothing like thinking about your Ex having sex with someone new to rip the slowly healing scab right off again. Ouch.

Many people come to us for therapy or coaching after a breakup or divorce for this exact reason: They need support in figuring out how to move past the past, reclaim their power, and start feeling good again. The most maddening thing is often knowing the relationship is over…and yet they're still thinking about their Ex. Still fantasizing about them even. They sometimes think about getting back together with their Ex, or whether they should try to rekindle the relationship. Sometimes they try… and quickly remember all the very good reasons why they broke up.

But how? How can you break your attachment to someone? How do you turn off the feelings? How do you stop thinking about your Ex?

Why You're Still Thinking About Your Ex

One of the first things we do with breakup and divorce recovery clients in therapy or coaching is helping them make sense of their feelings so that they can learn and grow from them. Also, we need to normalize what is happening: Having lingering feelings for an Ex is very common, and there are many complex reasons for it.

Sometimes, people can't get past a breakup because they have unfinished emotional business with the past. They have lingering feelings of guilt, anger, regret, or pain that are holding them in the past. They may never have gotten closure around their relationship having ended. They need to do the work of growing and healing before they can move on.

Sometimes, people are still thinking about their Ex for months, or even years after the relationship ended because of lingering insecurities or comparisons they're making — even subconsciously. This is often true when your Ex has moved on before you have. The path to healing here is to focus on growing your own self-confidence, and feeling like you're moving towards your goals.

Perhaps the most insidious kind of Ex-attachment is that related to your biology: When you don't understand how you're maintaining your attachment to your Ex on a neurological level, you can get stuck for years — even though you want desperately to move on. (For much more on this subject check out my book, “Exaholics: Breaking Your Addiction to An Ex Love”)

Yes, it's hard to stop thinking about your Ex, but it's also necessary. Not being able to move on emotionally after a breakup or divorce can impact your life in major ways. Here are just a few of the consequences you might be experiencing… Can you relate?

Dating While You're Still Thinking About Your Ex

Continuing to have feelings for an Ex is not just frustrating, it can also limit your ability to move on and start a new, healthy relationship with someone else. When you're dating while you still have feelings for your Ex, it can interfere with your ability to form a new attachment. Comparing your new love interests to your Ex can also lead to your breaking things off with someone who could be great for you. If you're officially broken up but still sleeping with your Ex? No judgment (this is surprisingly common) but you're going to be stuck for a long time unless you make some changes.

Emotional Zombie: When Your Feelings For Your Ex Die… But Then Come Back

Another thing we often hear about are situations where you think you're over your Ex but then something happens: Your Ex moves on into a new relationship or you have some new contact with them, and the feelings flare up all over again. Or perhaps you're still connected with your Ex through social media or have shared friends. When you see or hear about your Ex starting a new chapter without you, it can bring all the pain, regret, anxieties, and even jealousy roaring back.

If these feelings are strong enough, they can get in the way of you enjoying your life in the present. It can be hard to focus or concentrate at work, you might worry about running into your Ex and their new partner, or you might even make life decisions based on your feelings about the breakup. None of this is good for you or fair to you.

The path to recovery often involves working through complex feelings related to grief, longing, guilt, regret, anger, and even self-forgiveness. While you can't “turn off” feelings about an Ex, you absolutely can use them to do important personal growth work that will move you forward.

How to Stop Thinking About Your Ex, For Good

If you're still thinking about your Ex, and wishing you could let go and move on, today's episode of the Love, Happiness and Success Podcast is for you.

On today's episode we'll be discussing:

Your partner in growth,

P.S: Some of the resources I mentioned on this podcast refer to other past episodes, other articles on the blog, and also some listener questions about breakups I answered on IGTV. I've sprinkled links to them through this article, but here's one more: Our “How Healthy is Your Self Esteem” quiz.

Do you have follow up questions for me? Get in touch through Instagram, or leave them for me in the comments below! LMB

Can't Stop Thinking About Your Ex? How to Let Go and Move On...

Music Credits: Torrelli and the Fuse, “Forgive and Remember”

Getting Back With An Ex

Considering getting back with an Ex? Thinking of being friends with an Ex? Learn when reconnecting with an Ex works (and when it doesn’t) on this episode of the podcast. 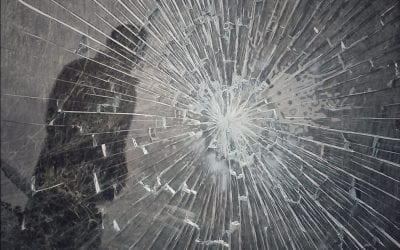 How to Repair Your Self Esteem After a Breakup

Has your self esteem been shattered by your breakup or divorce? Here's what's going on, and five steps to help you regain your confidence again. 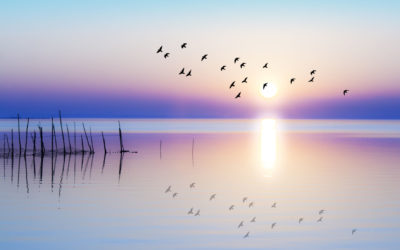 There is a time and place for healthy anger, and getting stuck in anger can keep you anchored to a painful past. Learn how to release anger and reclaim yourself, on this episode of the Love, Happiness and Success Podcast. 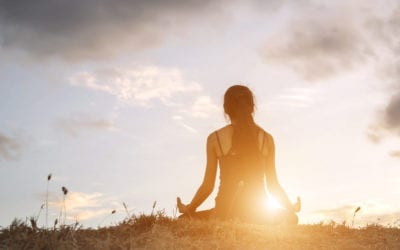 How do you forgive yourself when you've hurt someone? How do you gain self awareness, master your emotions, and break destructive old patterns? Mindful self compassion can help you make peace with the past, and move forward. Here's how…

Breaking up is never easy, Denver Therapist, Utah Couples Counselor, and Online Breakup Support Expert Kensington O. shares how to know when it's time to end things and if it is time, how to move on gracefully.

Self-Care Tips for When You're Going Through a Divorce

Are you going through a breakup or divorce? Dr. Rachel Merlin shares the importance of practicing self-care throughout your breakup recovery journey. Find out more here…

Navigating the Post-Divorce Stages of Grief

Breakup Recovery is a process that involves very real stages of healing and big, uncomfortable emotions. It's not uncommon to go through the seven stages of grief when healing after a breakup or divorce. Online life coach and breakup recovery counselor, Sharmishtha Gupta shares the grief recovery stages and helpful actionable tips that you can use to work through your healing journey. Read here… 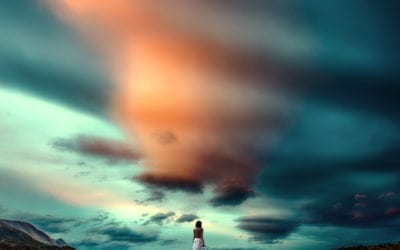 How to Leave a Toxic Relationship, With Dignity

Even if you know that your toxic relationship will only cause you pain and misery, it can still be very hard to walk away. Learn how to take your power back, on this episode of the Love, Happiness and Success Podcast.

Are you holding on to resentment about hurtful things that have happened in the past? Is your partner? In today's relationship podcast, we’re talking about letting go of resentment in your relationship so that you can both move forward, put the past behind you, and start enjoying each other again.

Moving forward and achieving authentic personal growth happens when you know how to turn what feels like a breakdown into a breakthrough. Learn how, on this episode of the Love, Happiness and Success Podcast.