How to Forgive Your Partner, When The Hurt Feels Big 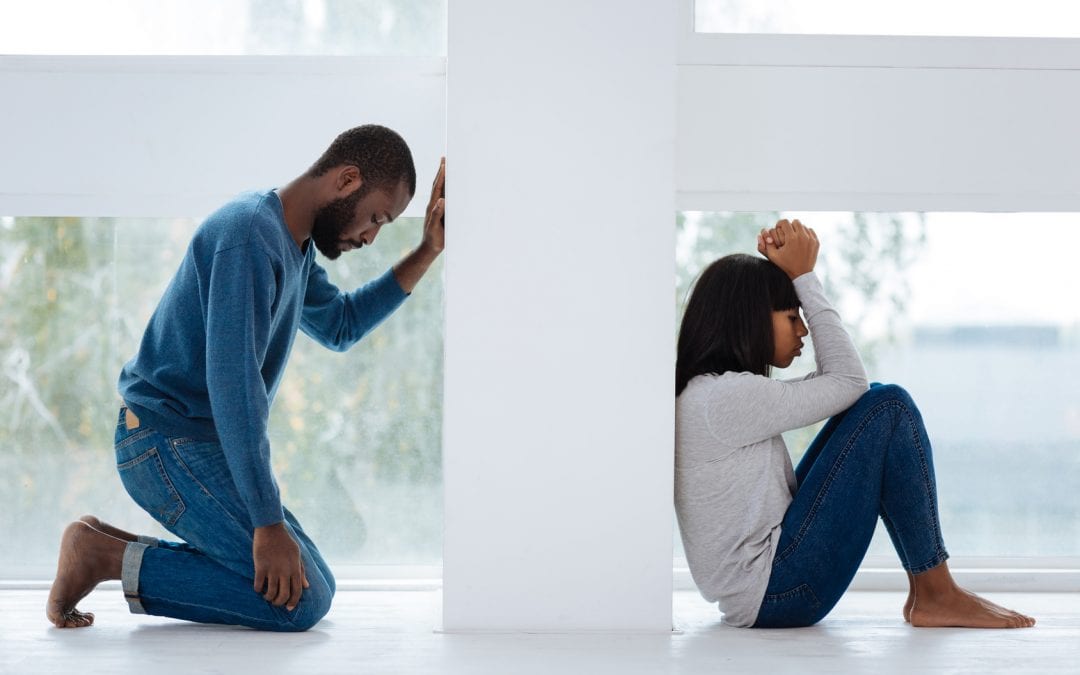 Forgiving Someone After They Hurt You

When a loved one fails to respond in an emotionally supportive way at a moment when
we need it the most, it can profoundly damage your sense of emotional safety and trust in your partner. In fact, the relationship can feel as though it has changed forever. Positive events are wiped away, leaving us to see only flaws, annoying habits, and omens of more bad things to come. These moments of misattunement can cause relational distress. If they become routine, they can become traumatic, over time chipping away at the original secure, loving foundation the couple forged so carefully, leaving it in ruins.
Here are just a few examples of this kind of relational pattern. Notice if any of them feel
familiar to you…

<2>Often, Hurtful Behaviors Stem From a Lack of Empathy.

The partners who inflict these kinds of injuries often don’t do it on purpose or out of
malice. Instead, they are simply not tuned into the needs of their partners and may
genuinely not know how to offer emotional comfort. Some hurts are also a symptom of a
negative dynamic between the couple to which both people contribute.

Couples often try to ignore these ruptures, but resentment ultimately develops, causing cracks in the
original foundation. As they continue to build a life together on unstable ground, the
relationship grows ever more fragile, distant, and unfulfilling.

One way to move through these kinds of repeated moments of significant disconnection
is first to become aware of what’s happening, understand what has happened in a deep
way. If our partner seems genuinely remorseful, it might be helpful to consider forgiveness. And not just helpful for them, either — but for you as well. The Stanford Forgiveness Project explored the healing
properties of forgiveness and found that people who forgive experienced improved
physical and emotional well being.

So, how do we forgive? True forgiveness in the context of an intimate relationship often requires the participation of both people. For the “offending partner” to become aware that they have deeply hurt their partner is a beginning. However, according to the research of esteemed psychologist Dr. Sue Johnson, what is
most essential and critical to achieving forgiveness is for the person that did the hurting, to take their partner’s hurt seriously… and care.

Caring is the first, and most important step on the path of forgiveness. Dr. Johnson delineates a further six key steps to forgiveness in her book, Hold Me Tight: Seven Conversations for a Lifetime of Love.

The Six Key Steps to Forgiveness

Many couples, particularly those who have suffered serious betrayals of trust such as an affair, or feeling abandoned by their partner in a time of great need, need the support of an experienced marriage counselor to work through these steps together.

The Benefits of Forgiveness

Dr. John Gottman, an internationally recognized expert on relationships and founder of the evidence-based approach to couples therapy, “The Gottman Method,” asserts that negative emotion takes a great deal of energy to hold, exacting a toll on individuals and relationships alike. It takes strength and courage to embark upon a path of authentic forgiveness, and couples need not be dominated by unresolved resentments. According to Gottman, forgiveness gives couples the future they deserve.

In truth, forgiveness is not forgetting, or walking away from accountability, or condoning a
hurtful act; it’s the loving process of taking back our power, and healing our lives so we can truly live.